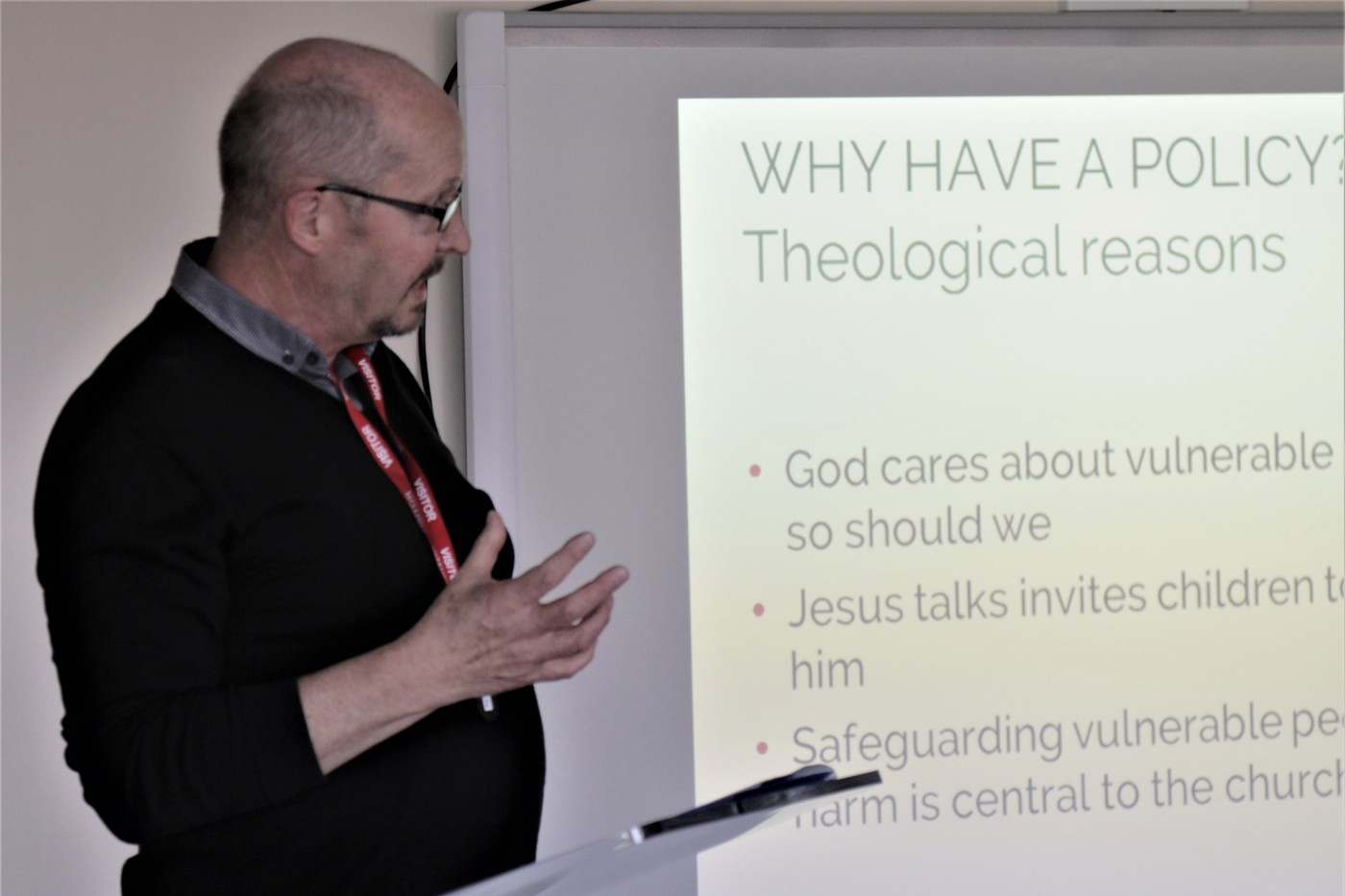 In March, we said farewell to Bill Stone one of our Safeguarding Advisors, as he retired from his role after 20 years with the charity.  Many of our members will have spoken to Bill on our Safeguarding Helpline or received training and advice from him over the years. We caught up with him before he left to say thank you, and to ask him about some the changes he has seen over that time.

"For me, as a Christian social worker, the opportunities I have had, through Thirtyone:eight, to put my faith to work in the highly contested arena of safeguarding has been a unique privilege."

Bill, you are now retiring from a long and successful career in safeguarding which has been underpinned at every turn by your Christian faith. You first joined Thirtyone:eight in the early 2000s – what's changed most over that time?

In the early 2000s I did a bit of child protection training for Thirtyone:eight (then CCPAS) and also started providing the odd day’s cover for the fledgling helpline (It was an actual physical telephone in those days, a landline connected to the telephone network with a different line and number from our home phone!).

Training was always in person and frequently involved finding church halls, in the dark, hidden in out of the way locations (no sat nav in those days!). OHPs were standard for doing training presentations then and churches, even if they had the kit, often lacked the IT knowledge, so it was not unusual to fall back on using a flip chart and marker pens!

What else has changed?

Thirtyone:eight as an organisation has grown massively now employing scores of people and working with lots of associates, the DBS aspect of its work has really taken off, the communications side has become more professional, and the IT systems and people are at the top of their game.

Most notably, the scope of our work has expanded significantly from a narrow focus on child protection to a much broader safeguarding mission which includes safeguarding adults as well as children.

You have seen much in your professional career.  If you had to sum up how safeguarding in a faith environment has developed over the last 20 years – what would you say?

Safeguarding has undoubtedly risen rapidly up the agenda, both for faith organisations and for society at large. Sadly, this has often been in response to abuse scandals, which, inevitably, have had a corrosive effect on public trust.

The challenge now is for churches to demonstrate the generous love that Christians are called to confidently share with one another and the world.

What would you say are the next steps for safeguarding?

I would love to see a rebalancing of the scales between risk and trust. No one can deny that the abuse of trust is terribly harmful and the closer the relationship, the more grievous the potential harm. But trust is important too and society cannot function without it. We must find a way of managing risk, of acknowledging potential dangers, without shutting everything down.

Your calming presence and wise advice will be much missed by many. What are your lasting thoughts of your time at Thirtyone:eight?

For me, as a Christian social worker, the opportunities I have had, through Thirtyone:eight, to put my faith to work in the highly contested arena of safeguarding has been a unique privilege.

Practicing social work, it seems to me, always asks a great deal of a person, both in their professional and their personal life. Speaking up for the vulnerable and battling against oppression is hard work and disillusion and burnout is a real danger. Having colleagues who look out for you and being caught up in a cause that is close to your heart, is one of the best ways I know of keeping going. And, of course, knowing that what you do is close to God’s heart too.